Vox Mirabilis Chamber Choir is one of the most active and most creative ensembles in Hungary. Its name is known beyond Hungary’s borders and in almost all of Europe. The Choir’s highest musical qualification is
the ARS MAGNA certificate.
Furthermore, Vox Mirabilis Chamber Choir is a community with strong bonding in which artistic and spiritual experiences are lived together and the members as well as the conductor have close community relationship. Charity – Love- Harmony – it gives a new dimension and added value to the choire’s concerts.
The choir hosts numerous concerts, choir festivals and workshops and has organised its own Concert Series for several years now. Vox Mirabilis regularly gives concerts alongside opera singer Erika Miklósa, who is a Kossuth-prize laureate and with the Saint Ephraim Male Choir. 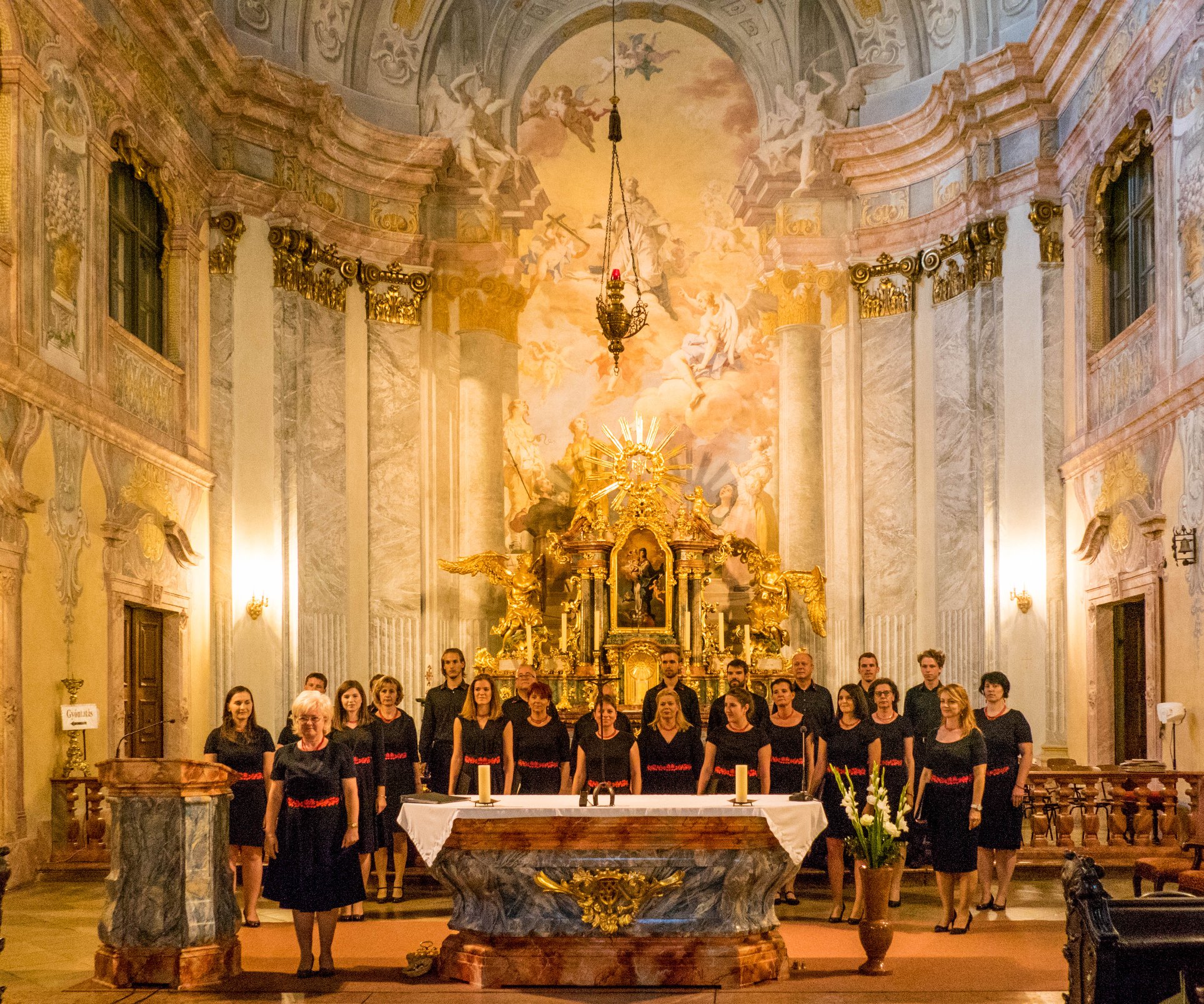 In recent years the choir has enjoyed the pleasure of accepting invitations from abroad and being able to sing with internationally acknowledged choirs, musicians and conductors. Vox Mirabilis also performed at international festivals and for several years it has toured in Vienna at Christmastide. The choir is regularly invited to perform at the Nutcracker Festival of the Hungarian National Opera House and (they had an all- night concert at Matthias Church in Budapest.
The most significant events of the previous four years:
In 2015 Vox Mirabilis represented Hungary in the international compilation album The Sound of Europe.
In 2016 Vox Mirabilis received a gold certificate at the 2nd Choir Contest of Radio Maria, gaining both 1st and 2nd place and winning the category.
Vox Mirabilis was the absolute winner of „The bridge of music” Internetional Choir Contest.
The choir was honorable guest of the Hungarian Culture’s Day in Kosice, Slovakia and at the Varadinum Festival in Oradea, Romania.
In 2017 The choir performed on the stage of Vigadó alongside with the winners of critically acclaimed TV Show, the Virtuosi.
While on tour in Poland, they received an invitation for CD recording from Radio Opole.
In 2018 Municipality of Székesfehérvár honoured the choir with „Pro Cultura Albae Regiae” prize in appreciation of the outstanding artistic activity of the past years.
The Hungarian Association of Choirs, Orchestras and Ensembles awarded Vox Mirabilis with the Professional Board’s vocational prize that is only granted to the best representants of music in Hungary.
Vox Mirabilis received a gold certificate at the Budapest International Choir Competition
The Gloriosa CD of the choir has been published with contemporary church choral works Composers’ competition has been launched with great success, the winning work since has become
popular.
The Choir had a successful concert tour in Russia, given a concert in the Moscow’s Cathedral of the
Immaculate Conception and sang in the presence of Metropolitan Hilarion. The Metropolitan has given his
permission to perform the first oratorical work in Hungary by the Vox Mirabilis Chamber Choir.
In 2019 Published the Choir “Warm Candlelight Floating in Gold”CD of orthodox music.
To strengthen National Unity the Choir had a concert tour in Transylvania, in Slovakia.
The Choir also had a tour in Lublin, Poland.
Participated in the classical music program named “Partitura” in the Hungarian Danube TV channel
The Choir had a Christmas concert in the Building of the Hungarian Parliament
In 2020 Vox Mirabilis Chamber Choir was among the first to receive the award „For Communities Creating
Value” established by the Prime Minister’s Office
The most important Classical Music Station, Radio Bartók regularly recommends their concerts and musical magazines such as Hungarian Choir or Sound of Music write frequently about the choir’s activities.
The conductor of the choir Katica ZEMLENYI, who was awarded for her outstanding achievements in music
with Richárd Fricsay Prize and Csengőszó (Bell-Sound) Prize.
Contacts:
Conductor:
Katica Zemlényi
+36 20 9 527 521
zemlenyi@datatrans.hu and voxmirabilis@gmail.com

You can find out more about which cookies we are using or switch them off in settings.

This website uses cookies so that we can provide you with the best user experience possible. Cookie information is stored in your browser and performs functions such as recognising you when you return to our website and helping our team to understand which sections of the website you find most interesting and useful.

Strictly Necessary Cookie should be enabled at all times so that we can save your preferences for cookie settings.

If you disable this cookie, we will not be able to save your preferences. This means that every time you visit this website you will need to enable or disable cookies again.

This website uses Google Analytics to collect anonymous information such as the number of visitors to the site, and the most popular pages.

Please enable Strictly Necessary Cookies first so that we can save your preferences!